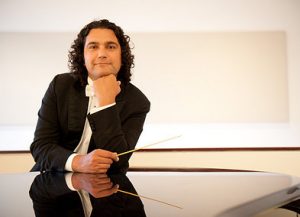 From his beginnings as a boy treble with Derek Holman, to Toronto Mendelssohn Youth Choir under Robert Cooper, Mitchell Pady went on to study voice and composition at Western University. Mitchell has had the great fortune to work with many other visionary choral conductors, including Sir David Willcocks, Helmuth Rilling, Paul Hillier, Tonu Kaljuste, and Kaspars Putnins. As a conductor, Mitchell has worked with orchestras and choirs across Canada and is in demand as a festival adjudicator and clinician. He is currently the artistic director of both The Cellar Singers and Oriana Women’s Choir, and since 2004, has been the choral director for the Interprovincial Music Camp. Since its inauguration in spring 2017, Mitchell has been the music director and conductor of Acquired Taste, the project-based amateur choir of professional instrumentalists co-ordinated by Pocket Concerts. In their 2017-2018 season, Mitchell was a guest conductor for the Elmer Iseler Singers, leading the women at their Toronto Symphony Orchestra appearance in Holst’s The Planets, the EIS series concert featuring David Lang’s The Little Match Girl Passion and Gabriel Fauré’s Requiem, as well as conducting the reprisals of David Lang’s The Little Match Girl Passion at the Music and Beyond Festival in Ottawa and The Festival of the Sound in Parry Sound. Mitchell began working with the National Youth Orchestra of Canada in their most recent season as the choral director, co-ordinating the commissions and coaching the young musicians to acclaimed performances of two new works by Marie-Claire Saindon and Matthew Emery.

Mitchell sings professionally with the Elmer Iseler Singers under Lydia Adams, and in Choir 21 with David Fallis. He has also been featured as a pops soloist under the baton of Howard Cable, and as a jazz singer across Toronto. Mitchell has recorded for Naxos, Perimeter Records and Centrediscs. 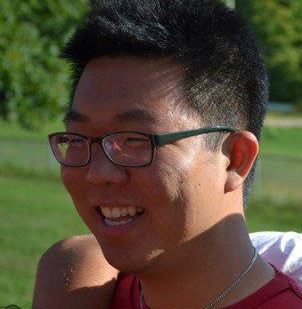 Ben Keast is a composer, arranger, chorister, and pianist living in Toronto. He holds a Master of Music degree in Composition from the University of Calgary and a Bachelor of Arts in Biology and Music from Grinell College in Grinell, Iowa. Known for its colour and vibrancy, Ben’s music has been published and performed throughout North America, Europe, and Asia. As a composer, he combines his experience in Korean traditional music and his knowledge of western classical music to achieve a unique soundscape, with a focus on choral music. Ben is also active as a professional chorister, including as a member of the Elmer Iseler Singers. As a pianist and music director, Ben spends his summer at Camp Manitou, overseeing the musical aspect of six musical theatre productions every summer for children 7-16.