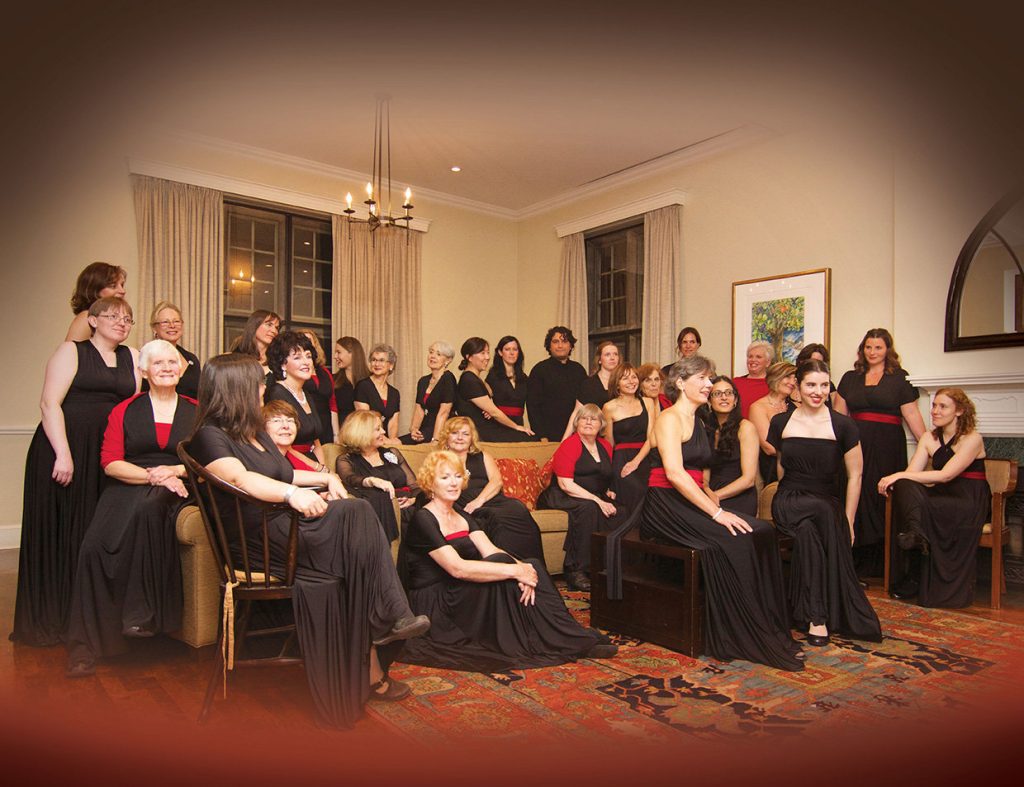 Oriana Women’s Choir explores the possibilities in choral music for the female voice, seeking out new experiences and opportunities. The choir collaborates with a wide range of artists to push the boundaries of what audiences might typically expect in women’s choral repertoire and performance, while adhering to a high artistic standard. In the 46 years since its founding, Oriana has continually aimed for excellence in performance. The choir has a strong focus on Canadian compositions, commissioning regularly to expand the choral repertoire for women’s voices and to promote Canadian composers. Since Artistic Director Mitchell Pady joined Oriana in 2011, the choir has collaborated with a diverse array of artists, including female folk group The O’Pears, the Juno-nominated Indo-funk trio Autorickshaw, jazz vocalist Debbie Fleming and an appearance with the Toronto Symphony Orchestra in 2016 for Mahler’s Third Symphony together with the women of Amadeus Choir and the Elmer Iseler Singers, and the Toronto Children’s Chorus.

During Mitchell’s tenure the choir has benefited from an association with two composers-in-residence, Michael Sawarna and Matthew Emery, and has premiered many new Canadian and international works or arrangements. Oriana maintains a close relationship with honorary patron Ruth Watson Henderson, the renowned Canadian pianist and composer who has written music regularly for the choir, including a work premiered as recently as May 2017.

Oriana aspires to tour regularly to promote high-calibre Canadian women’s choral music, and in addition to an appearance in 2018 in Montreal as part of the collaborative exchange with the women’s chamber choir Adleisia, the choir toured to Newfoundland in July 2018 and performed in St John’s, Newfoundland at PODIUM, Choral Canada’s biennial conference, as well as making appearances at the Cupids Legacy Centre and the English Harbour Arts Centre.

Oriana holds several open rehearsals during the year for prospective singers as well as auditions. Please contact us for more information. We are always interested in hearing new voices!