We are pleased to announce the Winner of this year’s Choral Composition Competition is Nicholas Ryan Kelly. 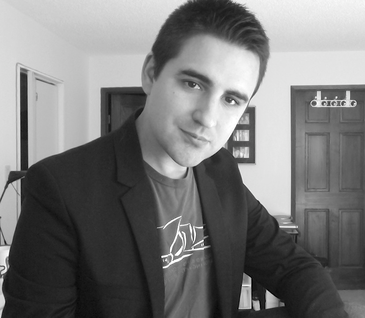 Commended by the Vancouver Sun for his “sophisticated work of such immediate, glittery appeal,” Nicholas Ryan Kelly is a composer who draws inspiration from speculative fiction, science, and nature.

While an undergraduate, he composed scores to over a dozen student and independent films—several of which received awards and screenings at festivals in the USA, Canada, and Brazil. Although he now focuses on writing concert music, his love of musical storytelling remains intact in his programmatic band and orchestra pieces, art songs, and (most recently) choral works. His compositions have been selected for performances and awards by professional, community, and academic ensembles throughout North America, including the Vancouver Symphony Orchestra, the Victoria Symphony, the Toronto Mendelssohn Choir, and the West Point Band.

Originally from the rural North-Eastern USA, he now lives in Penticton, BC, Canada with his wife and is happily involved in many small-town musical activities. In 2012, he completed his Master of Music at the University of British Columbia, where he studied composition with Stephen Chatman and orchestration with Keith Hamel. Some of his primary musical influences are John Adams, Samuel Barber, Carl Sagan, Roald Dahl, and H.P. Lovecraft.

We will be performing Nicholas’ piece “Children of a Dream” at our May 27th concert.